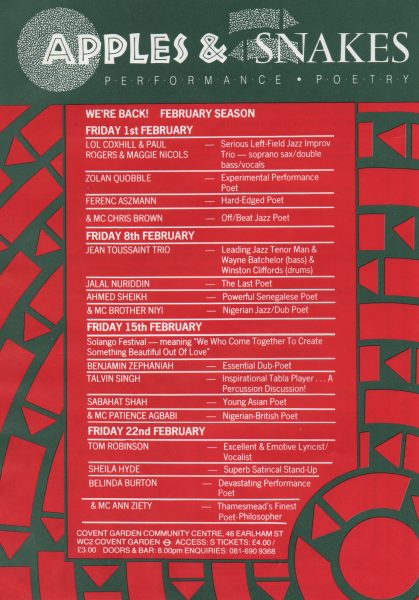 This was the era when there was a progressive burgeoning jazz scene in London. During this time many of the featured bands on an Apples and Snakes gig line-up were of the jazz genre. The Jean Toussaint Trio included Wayne Batchelor on (double bass) and the fantastic drummer Winston Clifford – notice the flyer has a typo, with an added ‘s’ on the end, but then maybe he should be cloned so many Cliffords reign…? Just saying, can’t have enough great Jazz drummers.