The Final: New Performance Poet of the Year Award 1994 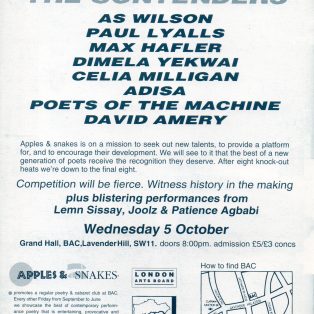 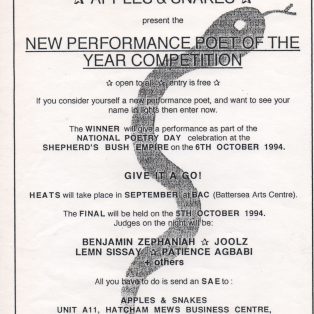 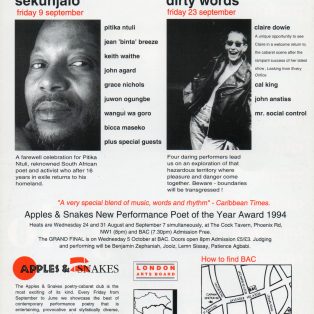 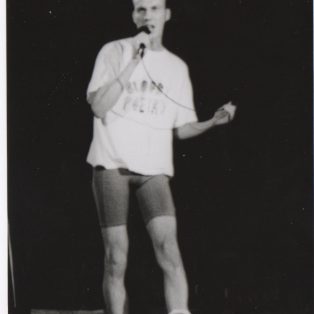 This was the first performance poetry competition held by Apples and Snakes.

According to the flyer, there were eight knock-out heats before the last eight performed in the Final.

The heats were held on 24 and 31st August and September 7th.

The Winner was invited to perform the next day (6th October) at Shepherd’s Bush Empire to celebrate National Poetry Day.

Benjamin Zephaniah at the time hailed Adisa as the next great thing in performance poetry – though in fact his was a joint victory, with either Max or David (can anyone verify this?).