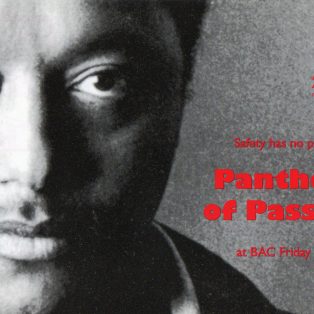 Included a limited number of Open Mic slots. Labi Siffre is a fabulous musician, do check out his oeuvre. You may not know but you do now, his song 'It Must Be Love' went on to be a huge hit when it was covered by Madness. And 'Something Inside So Strong' reached No 4 in the charts, it was always believed it was written about the senseless killing of children by a white South African soldier during the racist apartheid regime in South Africa and was used as an anti-apartheid anthem, but in later interviews Labi Siffre confirmed that it was in fact written about gay rights and the oppression he felt from society that as a gay man he was not free to be and express himself in his sexuality. He also wrote collections of poetry. Do yourself a favour and get to know him; if you like musical poets such as Bob Dylan, Leonard Cohen and even Michael Franks. His music has been extensively sampled by Hip- Hop artists Eminem, Kanye West, Jay Z, Kelis, Wu Tang Clan and covered by Rod Stewart and Madness to name but a few.