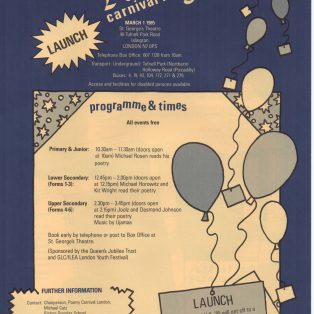 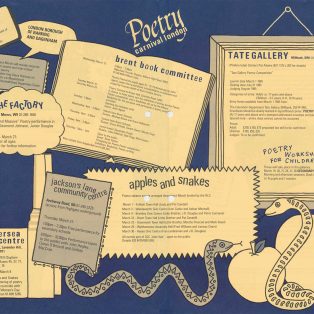 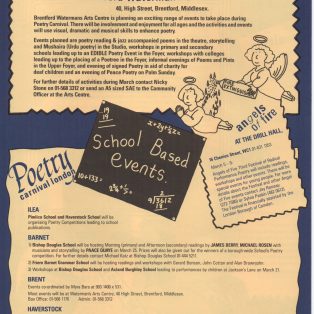 Poetry Carnival UK was a nationwide festival organised by the poet James Sale. Spread over two days, it involved performances and workshops. Amongst the bigger names on the bill were Anne Stevenson, Gavin Ewart, George Macbeth and The Liverpool Poets. Ewart’s reading at Southampton Guildhall pulled in an audience of around two thousand – an impressive tally for a poetry event.

The London events were sponsored by GLC/ILEA London Youth Festival and Queen’s Jubilee Trust. A&S provided poets for the launch event, taking place in the morning and afternoon. The line-up below was divided into three performances for different age groups. Joolz wasn’t doing the under-5s.