You are here:
Home>Venues>Davenant Centre>Rhythms of Life - A Benefit for the Tower Hamlets 9

Rhythms of Life - A Benefit for the Tower Hamlets 9 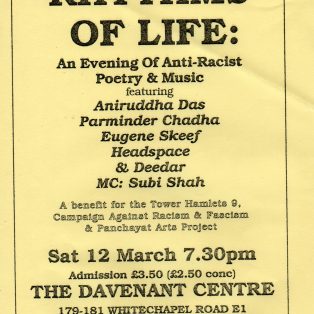 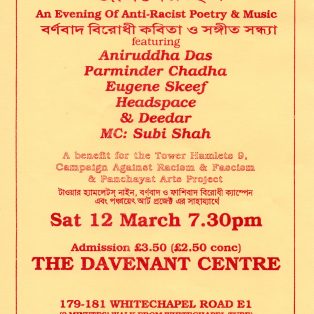 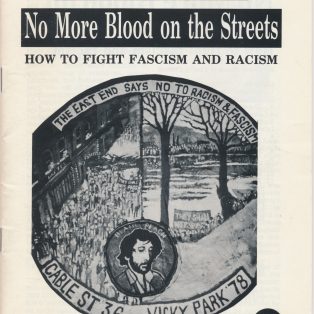 In conjunction with Panchayat Arts Project – a campaign against racism and fascism.

The Tower Hamlets Nine were a group of men wrongfully arrested for protesting against a racist attack on 17-year-old Quddus Ali. People from the community, mainly young Bengalis, held a vigil, but aggressive policing inflamed the situation. After an impromptu march, nine young men, two of them aged under seventeen, were charged with ‘rioting’, carrying a potential sentence of up to ten years’ imprisonment. The community rallied and protested outside court hearings etc.

This was in the context of the social political landscape that saw a strong BNP presence in the area, and increasing racist attacks; particularly on Sundays when the BNP sold its newspaper. Anti-fascist groups and the BNP regularly clashed. This was also the same year (April 1993) that Stephen Lawrence was murdered by a racist gang in Eltham not far from the BNP’s Welling HQ. That same month the BNP won its first council seat in Millwall.