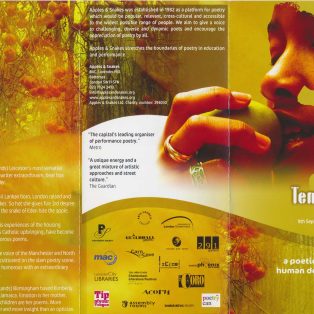 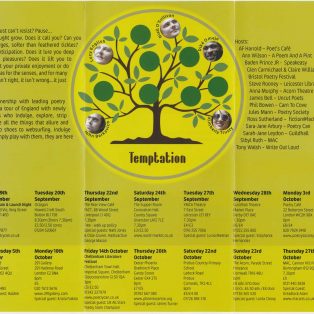 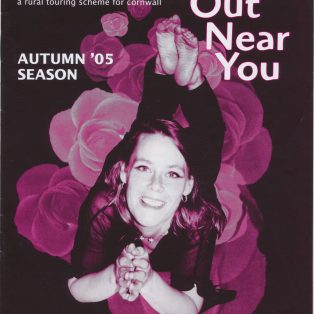 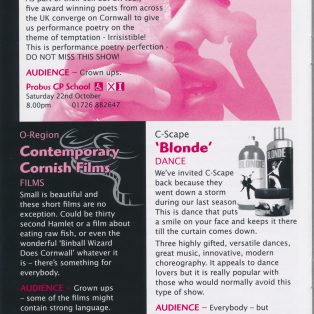 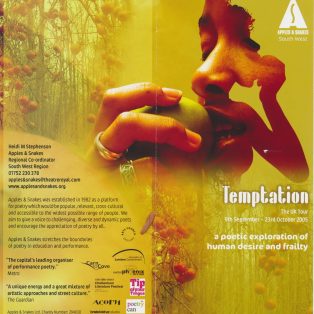 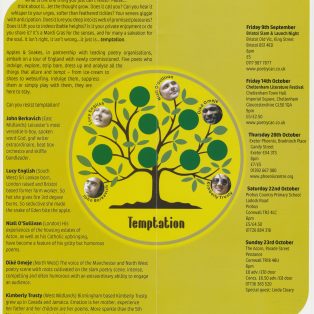 Temptation visits rural Cornwall, in partnership with the touring scheme Carn to Cove. A wonderful experience. The Carn to Cove lady had been round the village shortly before the show, banging on everyone’s door and asking if they were coming along. One family had been in the latter stages of their evening meal, and brought their cheeseboard to the show so that they could carry on eating. Diké proved popular with the audience, and Kim was very amused by the fact that the symbols on the doors of the loos had been put on upside-down, so that the ‘girls’ pictogram looked like an alien. The taxi-driver who took the poets back to their B&B was very cross with them for reasons they never understood, and he refused to give them a receipt.

Hosted by the effervescent Phil Bowen. And that’s Sally Crabtree on the front of the Carn to Cove brochure.

Start the ball rolling by posting a comment on this page!