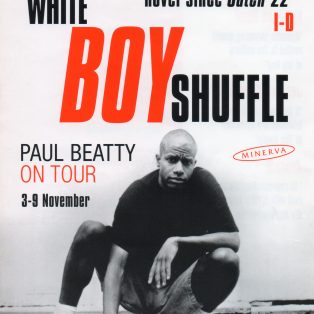 This was a a tour for Paul Beatty's novel with poetry performances. Beatty also writes and 'reads' his poetry live; a real find for the archive, revealing that Apples & Snakes showcased talented writers early on in their careers. Proves that determination, hard work and belief in self can pay off, especially as Paul Beatty won the Man Booker Prize for his latest novel 'Sellout' in 2016.